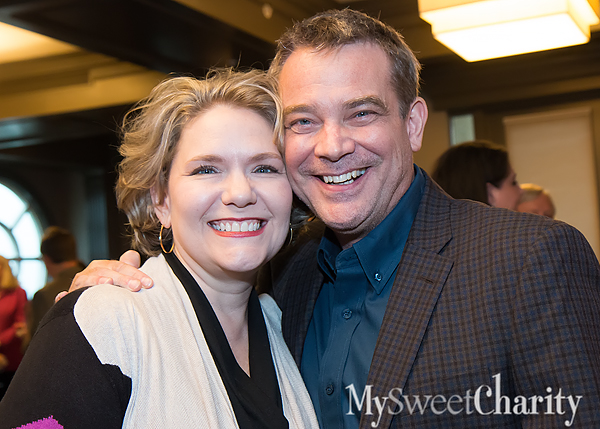 It was 11 long years ago that Niki Anthony started on a journey that neither she nor her amazingly talented husband Ryan Anthony could have imagined. They were a gorgeous couple with two elementary school youngsters who had settled in North Texas due to Ryan’s becoming the Dallas Symphony Orchestra principal trumpet. It started when Ryan wasn’t feeling well after completing a guest appearance with his former group, Canadian Brass. In fact, that immediate feeling was so upsetting that he “felt like his entire body was ‘jangling’ as he ran off-stage.”

Leading up to this episode, Ryan had been bothered by chronic aches and pains and sought the reason and answer from the medical community. Ironically, that answer arrived the Monday after that ‘jangling’ feeling. The 43-year-old had been diagnosed with multiple myeloma, a terminal cancer of the bone marrow that most often appeared in patient 65 and older.

The Anthonys tackled the disease with a vengeance. Among his treatments, Ryan underwent stem cell transplant while still performing and spreading the word about the cancer. The response was remarkable with trumpet players from around the world calling and asking what they could do to help. Ryan, who was known for his upbeat attitude, told them, “We’ll all play a concert when I am healthy again and we’ll call it cancer blows.”

While he initially was kidding, the Anthonys “realized it could be more than just something for fun but could be used to raise awareness and money to further the research that helped give their family a future.” The result was the 201 CancerBlows that was held at the Meyerson featuring world-class trumpet players like Doc Severinsen, Lee Loughnane, Arturo Sandoval and others. It was such a hit that additional CancerBlows concert have been held around the country.

Despite the success of the concerts and the creation of The Ryan Anthony Foundation’s funding multiple myeloma research, Ryan passed away on June 23, 2020, just three days before their older child graduated from high school.

But thanks to Ryan’s inspiration and Niki’s commitment to battle the disease, efforts continue with the announcement that CancerBlows returns to the Meyerson on Thursday, March 9, with an all-star line onstage and heading up the fundraiser benefiting UT Southwestern Medical Center and the Multiple Myeloma Research Foundation.

According to Niki, who is president and executive director of The Ryan Anthony Foundation, “We are so excited to bring CancerBlows back to Dallas, where the event first began in 2015. Initially planned as a one-time event, CancerBlows concerts have since been held in San Antonio, Cleveland and Memphis, but it is very special to be home for our 2023 concert. We are so grateful to these musical legends for coming together once again to help us raise funds for cancer research in memory of CancerBlows founder and Dallas Symphony Orchestra principal trumpet Ryan Anthony, who lost his battle with multiple myeloma in 2020.”

The evening will start at 7 p.m. with the CancerBlows musicians performing with the Dallas Symphony Orchestra and the second half with the University of North Texas’ One O’Clock Lab Band.

For a limited number of guests, there will be the After-Party Jam, “which include more music from the legends, cocktails and hors d’oeuvres in the Meyerson lobby with featured artists mixing and mingling and then join their friends on stage for a relaxing and fun jam session.” Tickets for this special gathering are going for $200 per person.